March 11, 2009
You too can smell like Halle. Well maybe not exactly how Halle Berry is smelling at this particular moment, but you can get her scent. Like all the other stars out there, Halle is putting out her own special scent and it’s called Halle. Look, I’m not even mad at her. If anything, she should have had some diversification popping off a long time ago. Liz Taylor made sure that even though she could not make any more movies, she was going to get paid. Although, Halle had been named the sexiest woman, those looks fade but a good business empire will last years and years after the wrinkles have set in. 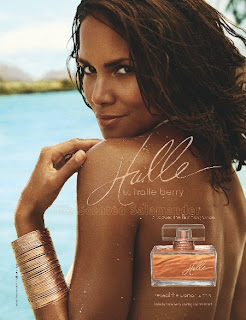