If you are a science fiction fan and you passed on watching Moonfall because of the critics you would be missing out. It is a conglomerate of some of my favorite science fiction themes rolled into one. You’ve got aliens, end of the world level destruction, space exploration, and artificial intelligence all on board. I absolutely did not mind that Moonfall completely ignored the whole pick-a-lane concept. 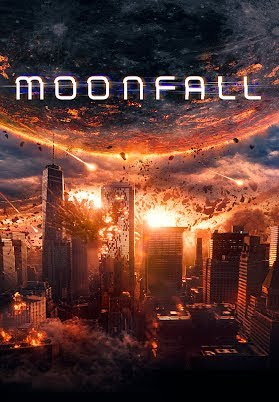 Moonfall is about a washed-up astronaut played by Patrick Wilson (who is completely underrated in my humble opinion) and the world on the brink of experiencing an extinction-level event by way of the moon crashing down to the earth. The film also stars Halle Berry as Jocinda and John Bradley as KC Houseman. Donald Sutherland made a cameo and I am still trying to figure out what his purpose was.

Now let me be straight up. There were some holes in the storytelling. It could have been a little tighter. If they wanted this could have been two movies: Moonfall 1 and Moonfall 2. They squeezed several different themes into one movie. It was giving me Greenland meets Transformers meets I, Robot. And you wouldn’t think I would not have enjoyed it but somehow it worked for me.

The acting was solid (not Oscar-caliber but just good) with just the right amount of quirk and drama in the midst of some unbelievable stunts and survival activities. The pacing was on point. I never once felt like there was dead space, and that was probably because the movie had so much going on. I enjoyed seeing Halle take control of her surroundings. KC Houseman was just the right amount of pseudo comic relief. I think they tried to have some funny moments that turned out to be more cute and quirky than laugh-out-loud funny. 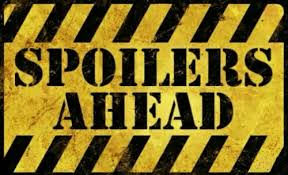 What was up with Donald Sutherland as Holdenfield? I think they could have done more with his character than simply using him as a prop to update the moviegoer and move the story along. That was a story left untold. He looked like a crazy old coot that had been left in the basement too long. Maybe that was the point. That is secret took not only Brian Harpers’ life but Holdenfiled’s as well.

The support that Jocinda got from her ex-husband. Even though they were divorced and had a strenuous relationship, at the end of the day, he knew she would fight and win, even putting his career on the line. I loved the show of black love and support even though they were not together. It would have been cool to see if he survived though.

I always love a good world destruction movie. The special effects did not disappoint. Were some of the things over the top? Well duh! As they should be.

I actually enjoyed the whole concept of our ancestors preceding us and creating an avenue for Humankind to continue in a new way. It was a twist that we were the “aliens” and the AI that we thought was the alien was actually a monster of our own creation. That was a new twist that blended two popular, core science fictions themes together. The question still remains, who then created our ancestors? You can decide that for yourself.

You know I love a happy ending, but I would have liked a tiny bit more on the aftermath. What happened to Jocinda’s ex-husband and the officials in the bunker? They could have at least shown them coming out of the rubble or something.

I cannot say there was anything in particular that I did not like as it was more of an annoyance. I get that the military always wants to use muscle but every movie acts like the military doesn’t have scientists working for them too. The fact that they just wanted to nuke this thing (another common theme for most science fiction movies dealing with an alien invasion) without really knowing what the potential fallout would be or even caring that it wouldn’t matter was super aggravating.

The nature versus man challenges. I think I’m getting tired of people being horrible people for absolutely no reason other than people suck. I was so annoyed with the people that robbed Sonny when he was trying to get Jocinda’s son to his father. I was also annoyed with Tom Lopez played by Michael Peña who did a fantastic job by the way. I think they were attempting to make his jabs at Brian Harper funny but they missed the mark. It really made Tom look like an asshole who had to lose his life in order to redeem himself in my eyes.

All of the other tidbits are the reasons why I ended up giving this an 8. At the end of the day, it was simply an entertaining watch for me. I think I enjoyed the concept more than anything. It was an easy watch.