Zack Snyder’s Justice League (ZSJL) starring Ben Affleck, Gal Gadot, Ray Fisher, Ezra Miller, and Henry Cavill is a darker, more intense take on the 2017 Justice League. I watched this movie with my daughter and we were both like, how is this the same movie. 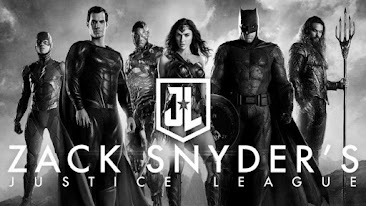 Many scenes were the same but not really. The look was the same but not really. Snyder’s look and feel felt like it was giving me what it was supposed to give in 2017 but was missing all along. Watching Snyder’s compared to the one Joss Whedon was supposed to come in and save, legit left me feeling like Whedon was an agent who was sent in to destroy DC so Marvel can continue to flourish. His mission was to be subtle about it so the 2017 version was not completely terrible.

I did a reaction video to it because I could not contain my excitement. That is how much my daughter and I enjoyed it. We kept on comparing it to the 2017 version and although there were some scenes in Justice League 2017 that we both appreciated, we are still compelled to say that Zach Snyder’s version is far superior to the 2017 Justice League.

Granted, ZSJL is four hours long and could have easily been broken into two movies- Justice League One and Two. I would have gladly returned to the theater to see the second installment. Yes, that is how good I found it to be. Four hours is a whole lot of movie. Were there scenes that could have been cut a tad shorter? Yes, of course. Even still, the overall movie is far better for the longer showing.

The four hours offered the opportunity for more character buildup and background which provided the landscape for the viewer to connect more and be more invested in what happens to the characters and therefore be more invested in the overall story. I was rooting for Cyborg and Flash so much more than the first time around because I got to connect with who they were as regular people. Furthermore, their impact on the film was key and that was undermined in the Whedon version. The other benefit was that we really got to see a showcase of the superheroes’ abilities.

ZSJL was also a touch more gruesome and short of an overt comedic element that made the first one likable. The 2017 version needed those moments but ZSJL carried on just fine without them. The comedic moments that it did have were subtle and well placed. This was so well put together that I am planning to watch it again. It got me and my daughter so hype that we were like we have to watch Flash.

My daughters solid A

Check out my reaction video below