Tenet is now available for streaming and probably still playing in theaters somewhere, and 👏 I 👏 want 👏 to 👏 see 👏 it 👏 again! That is saying a great deal since, I am not that crazy about time travel films however, this is one that I need to see again. On my spectrum of science fiction films that I enjoy time travel ranks lower than most. I have to go with alien/space movies, superhero, disaster films, genetic/virus, fantasy, and then time travel. So, me wanting to watch it again is a pretty good sign. Or I just want to feast my eyes on John David Washington again. 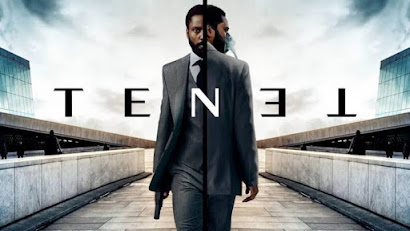 Directed by Christopher Nolan, Tenet follows a young secret agent, known as the Protagonist, as he tries to save the world from ultimate collapse against a foe who manipulates time to his nefarious advantage. The movie also stars Robert Pattison (who I am partial to after watching that darn Remember Me movie and Twilight of course lol) as Neil another unsuspecting secret agent who does not really know what he is getting himself into.

Tenet starts off with an intense, fast-paced scene that gives the audience a glimpse that something weird has happened but we are unsure exactly what it is. It then continues to follow the Protagonist as he gets pulled in even deeper into a secret agency that seems to be above the law. Washington as the Protagonist is the highlight of the movie. He has a quiet strength about him that is just the right amount of bravado and mystery to the character. He definitely was the high light.

The special effects were the second highlight for me even though it required you to pay extra attention to get the full appreciation of it. Until it the time travel aspect is fully explained later on in the movie, there are subtle changes that happen in the fight scenes and car chases that are pretty cool. It is clear the Nolan and his team put a great deal of time into the writing of this story which was typical but succinct at the same time. It was not too over the top and the villain, played by Kenneth Branagh, was disturbing enough to keep one interested. The subplot was well written to the effect that it was actually very intricate to the overall story. 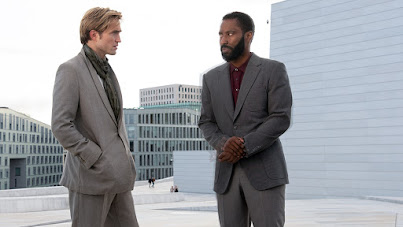 The pacing was well done. Since it is Christopher Nolan, the action sequences did not disappoint and the care chasing scene was boring at first but much more interesting with the time twist. It was a stellar cast and the acting was on point as is expected. There were some blatant plot points that I think could not be avoided and I would have to watch again.

If my review is a little ambiguous, I am trying to cover the movie without giving it all away. Honestly, that is how I felt through most of it anyway. I followed what was going on but not really sure how it all fit together. However, when it is revealed at the end, it all seems to make sense. When you  watch till the end, you may get “In the Shadow of the Moon,” another time travel movie playing on Netflix, vibes. Again Washington made the movie. He carried it and gave it just the steely feel that it required. The pair up with Pattison was well done and provided a good character contrast. I am not sure what to say about the female lead, Elizabeth Debicki,  except she gave a solid performance and was necessary to the advancement of the story.

For now it gets a solid B+ until I watch it again, then maybe I  will upgrade it.

Here you can watch the first 6 minutes. Don't worry, watching it will not spoil anything.

Mr. Fresh said…
I too felt visually it forces audiences to pay close attention and overall not to miss each subplots! Now when it comes to the end I felt a little confused and a little anxious two or more subtle ending. I need to re-watch again. Lol
January 1, 2021 at 4:04 PM