Queen’s Gambit is now playing on Netflix and stars Anya Taylor-Joy who delivered a solid performance. 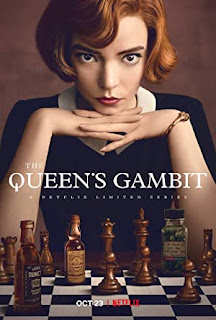 The most remarkable thing about this seven-episode series is that it kept me riveted to their chess games as if I actually knew what was going on. I did not- at all. Nevertheless, I watched like I was watching game seven of an NBA championship playoff, and my team needed to score in the final 10 seconds for the win.

I try to avoid taking on new series because I don’t have the time for it and I do not want to get so invested in a show with a ridiculous amount of episodes. Thankfully, Queen’s Gambit only had seven. With that being said, I think I would have gladly watched a few more.

The story is about an awkward young girl left tragically left an orphan who, against all odds becomes a formidable chess player in a male-dominated sphere during the 1960s. It actually sounds pretty boring, but Anya Taylor-Joy carries off Beth Harmon so well that the audience ends up rooting for her, even through her self-destructive behavior.

The acting was solid. The costume and set designed seemed to really capture the period. Overall, it was a very well done series.

Beth Harmon had a bleak existence, set on a bleak backdrop and still fought to pursue what she loved to the point of addiction. She did not settle because she did not know anything else. There were so many moments in this series that I connected with this awkward little white girl much like Jolene did in the orphanage. Particularly, when she was invited to join the Apple Pis and realizing she had absolutely nothing in common with those girls, she quietly left them. Sometimes you have to remember that you don’t have to be included in certain things that do not fit who you are or what your goals are. 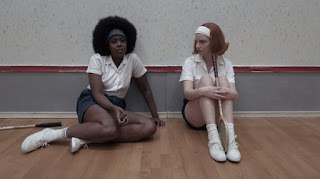 What I mostly enjoyed was Beth’s laser focus on winning despite the tragedies that plagued her. The reality is that we will always have to deal with the ups and downs of life, some more volatile than others. In the midst of that, we have to figure out how to move on as best as possible. For us, we have family and close friends to help keeps up grounded. Beth had a makeshift support network that saw her potential. Nevertheless, she clung to chess as if it were her liferaft in the middle of a raging storm. She survived but more than that she overcame herself and her circumstances. It is what we all must do on a regular basis.
Movie review Netflix reviews Television