I See You Movie Review

April 23, 2020
Ever watch a movie and after you are done, you ask yourself why didn't you watch this sooner? That is how I felt after watching I See You, starring Helen Hunt and Jon Tenney, now streaming on Amazon Prime. First off it was nice to see Helen Hunt. I know I have seen her in other projects but I mostly remember her from the movie Twister. 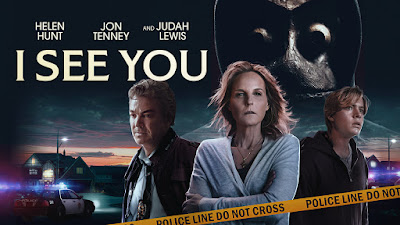 I have been binging on quite a few movies and shows what with being on this COVID19 lockdown. Those reviews are forthcoming. The first of which is I See You which I stumbled upon quite by accident. The Amazon description framed it as an investigative thriller. However, the first ten minutes or so make it appear to be a horror flick. I was not sure what I was getting in to. Nevertheless, it was intriguing enough to keep watching.

The premise of I See You surrounds a well off family, obviously having some issues. Hubby, Greg, is sleeping on the couch, the wife, Jackie played by Helen Hunt, is trying to make amends for cheering it seems, and their son, Connor, has some resentment towards his her and getting into some trouble. A kid goes missing and Greg is put on the case to investigate.

There are quite a few things that I enjoyed about this movie especially the twist. The acting was solid and the storyline fit right in against the bleak backdrop of this small, dreary town. Everything about the place seemed hopeless at some point which is how I imagine one feels when their child goes missing- hopeless and bleak. There were some blatant plot points of the film that although moved the story along proved to be inconsistent. Ultimately, you have to watch this movie twice to get a real appreciation for how they pulled everything together.

It is worth the watch. Once you get over that it straddles the line of being a thriller versus a crime film, it pulls you in. B- overall. 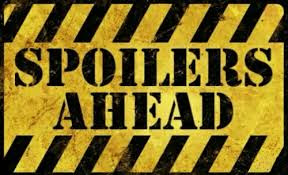 Jackie (Helen Hunt): I do like her but anyone could have played this role. She did not really bring a great deal of depth to it. She did not do a bad job. Her acting was solid just not distinguished or memorable. I did like that look at the end when she realized that her husband was actually her lovers killer.

Connor: He annoyed me but I understand where his anger came from. I also understand that they had to play it up so the audience could understand why the mom would think he was the one to hurt her lover.

The phroggers, Mindy and Alec- Here is where I thought the film could have benefited from better execution. It takes too long for the audience to put together that they took us back to the beginning to introduce the phroggers. It would have been a simple time stamp. I am guessing they did not want to ruin the element of surprise but cluing the audience in would not have hurt the overall effect.
Poor Mindy. She was just a pawn. Alec really was a "disturbing creature" but he had a plan. It becomes evident as the movie goes on from their perspective that Alec had been planning this torture session for quite some time. Mindy was just trying to keep her situation going. It is unfortunate that she had to lose her life in the end. All of Alec's actions are understandable when you think about how damaged he was and how much he wanted to get revenge against this family.

Greg- The ultimate scum of the earth, master manipulator and evilest of them all (except not in a fairytale kind of way) let a man go to jail for crimes he committed all the while investigating new disappearance that he was actually the cause of. I knew something was off with him when he so easily opted to bury that man's body instead of reporting it to the police.