February 16, 2020
The  Photograph starring Issa Rae and Lakeith Stanfield is a highly anticipated romantic drama for the Black community. I happen to enjoy a good romance whether it is in books, the silver screen or the big screen. The Photograph takes place after a renowned photographer, Christina Eames, dies leaving her daughter, Mae played by Issa Rae, a letter about her life and one to be delivered to her father. The film juxtaposes Christina's past relationship with her ex against the the budding relationship Mae and Michael Block, played by Stanfield. 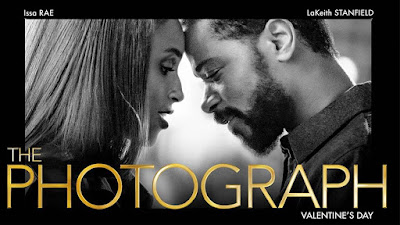 The are so many bits and pieces that I enjoyed about this film. I enjoyed how they utilized duality to show contrast between the life the Christina ended up creating for herself against the life that she left behind. Christina though gone in present day was the most interesting character of the film.

Noted Dualities
- the scenery and contrast between New Orleans and New York were beautiful and bleak at the same time. The beauty in both locations were there but the difference between gritty versus sleek conveyed the difference between Christina of the past and what she eventually became.
- Christina's established relationship and Mae's new relationship was interesting in that I appreciated the look back more. There was more depth the Christina's relationship as would be expected. However, I felt that the writers and maybe story editors missed many opportunities to give depth to Mae and Michael's relationship. Yes they had good chemistry but they relied to much on that and did not establish beyond that why we should root for this relationship.
- Young Isaac versus present day Isaac was the most glaring example that speaks volumes to and even supports Christina's initial decision to leave New Orleans. Young Issac represented potential and vitality and life. Where as present day Isaac was still stuck. He was stuck in regret, stuck in the same house, stuck in the same job and stuck with offering crab boil because at the end of the day, that is all he had.

The best thing about the film was the music. I went home and searched for it right away. Unfortunately, what I found was only the original music. They need to release the one with ALL the music, old school and original. The song selections were well placed and added to a smooth feel of the film. In addition, all that gorgeous melanin on my screen was nice to watch. Y'lan Noel, young Isaac's, smile was a blessing to me every single time. Who doesn't enjoy watching beautiful people? 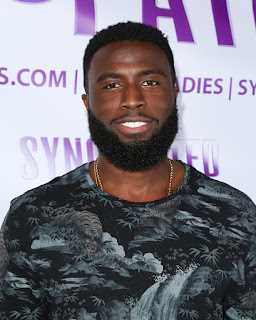 All in all, The Photograph was solid in execution. The film was predictable but I did not mind that part so much. The acting and subtle use of the settings were assets and made it flow together nicely. The chemistry between both couples was off the charts. I think if the relationship with Mea and Michael had more depth the film could have rivaled Love Jones. They could have given us five more minutes to make their connection a bit more full and rich. They did a really good job with Christina and her past but missed the mark connecting the dots from past to the present.

Unknown said…
Great piece! I almost never watch romance movies but wanted to support the writer/director because she's from my city 😊
February 16, 2020 at 11:19 AM

Wanda LiteVi said…
Thank you! I love romance and watch a lot of them. So I expected it to be predictable. We usually want a happy ending lol.
February 16, 2020 at 12:20 PM

Alicia said…
Your ending summary is so on point. I love a good love story (even the cheesy ones) Unfortunately, my expectations going into this movie was way too high and even though it was cute, it didn't get there for me. I agree with the B.
May 7, 2020 at 7:43 PM