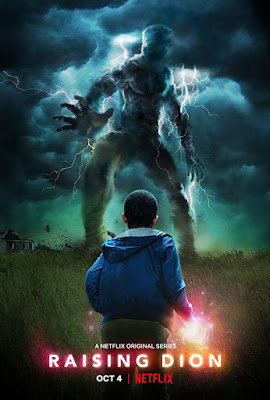 A few years ago, there was a short trailer circulating the internet featuring a young mother and her son who had superpowers. It seemed to get some traction and I myself was pretty excited about the concept of this potential film. Then it faded away. Fast Forward to October 2019 and Raising Dion produced by Michael B. Jordan, who also makes a few appearances in the film, is released on Netflix.

Raising Dion, starring Alisha Wainwright,  Ja'Siah Young, Jason Ritter, and Michael B Jordan is about a young mother who finds out her eight-year-old son has superpowers and the lengths she will go through to protect him.

This Netflix science fiction series was really entertaining. The production quality was impressive and the cast came together nicely. I always enjoy John Ritter in most of his projects and he did not disappoint in this series. There are some twists and turns that come together in a nice package. I really liked Ja'Siah Young as Dion. He brought a level of realism to the character.

The writing and storyline were paced really well. I felt for Nicole, Dion's mother played by Wainwright, in dealing with the loss of her husband and not only raising a young boy alone but having to deal with his superpowers too! There was enough meat in this story to keep me engaged for the entire season and anticipating the next one. Netflix, when is it coming out? 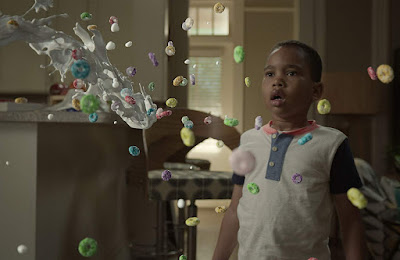 Nicole's sister was getting on every single one of my nerves. I get she was frustrated with her sister but she was over the top with her condescending tone and the way she was treating Nicole. I am glad she finally came around. The way it happened could have been done better though. She was deleting the records right there for everyone to see, practically begging to get caught.

Ritter as Pat was sooooo good. When he kissed Nicole, I was like back up. You are supposed to be the godfather, that is all. I will be honest I was not expecting him to be the crooked man at all.

I was disappointed when Mark came back for two seconds. I felt like they should have found a way to keep him but I get it.

I for sure knew that boy was going to be a problem. He was so upset when Charlotte left him to go back to Dion. I was surprised he ended up killing his aunt but not so much that the storm found its way too him.

Suzzane was a witch but I had a feeling she was not going to be all bad, even though she cannot be trusted. They still have to deal with the dying area and figuring out how Dion comes into play with that.

I really hope they do not end up canceling it because I am really excited about the next season.
Movie review Movies Netflix reviews