Never Give Up: John Wick 3 Trailer

January 23, 2019
John Wick 3 trailer dropped and if there is anything at all that we have learned from watching the first two installments is 1. don't mess with someone who does not want to be bothered and 2. don't ever give up on yourself. 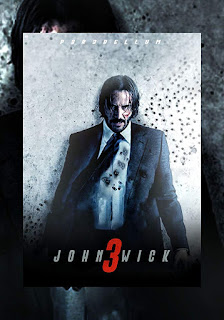 The trailer for John Wick 3, starring Keanu Reeves, Halle Berry, Laurence Fishburne, and Ian McShane, is just as unbelievable as would be expected. It follows John after he has been excommunicated and has a 14-million bounty on his head, which means the best of the best assassins will be after him.  In my mind, there is no way that John is going to survive this. I am thinking he will definitely die in the end. Regardless of what appears to be insurmountable odds, John is still fighting.

I was already hyped to see this movie but I am even more excited with Halle Berry's presence. I am always rooting for her.

Check out the trailer: