January 02, 2019
Aquaman starring Jason Momoa, Nicole Kidman, and Yahya Abdul-Mateen II reigns supreme for the second weekend in a row at the box office easily beating out Mary Poppins Returns, Bumblebee, and Spiderman: Into the Spiderverse. I cannot say that it is not a deserved victory. If you have not watched this movie yet and maybe was a bit skeptical like me, go ahead and take the time to check it out. 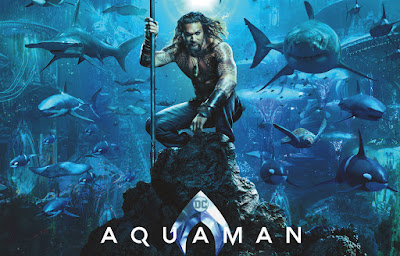 Full disclosure, I am a science fiction, fantasy, supernatural, superhero, action and everything in between movie-loving geek so I may be a tad biased. With that being said, I was extremely leery of this latest DC effort, especially after Justice League (which I did not hate but was hoping for better). I got what I was looking for with Aquaman. The pacing of the story was just right. The action sequences enjoyable without getting boring or drawn out. The introduction and how they provided background information was engaging. Comedic timing, for the most part, was well done without being too corny and over the top.

This was an inconspicuous feel-good movie in that it was nicely wrapped up in action and intrigue, and I absolutely love feel-good movies. There were so many times in which I found myself rooting for the success of the unlikely hero. The film was not without faults. The young-adult version of Aquaman definitely could have benefited from some more acting classes and of course there were some predictable aspects; however, the movie was so enjoyable that I could overlook those.

The film is worth the watch in the theater.

Jason Momoa as Aquaman was well suited and just too darn good looking for words. I was already looking forward to him after Justice Leauge anyway. Honestly, he was one of the bright spots in that film and I was curious to see how much of that spark his character would remain in his own film. Fortunately, he retained all of it. I was a little over his self-deprecating attitude about halfway through the movie but I understand why it was necessary. Him overcoming his lack of confidence was a triumph not only for himself but for everyone who sometimes believes that they are just not good enough. Sometimes we have to push past those negative emotions and work through things anyway because it is the right thing to do and life is worth the effort.

Nicole Kidman as Atlanna was pretty badass. It has been a while since I have seen her in a film so it was refreshing to see her in this one with a touch of vulnerability but also a fierceness that all mothers who want to protect their children have within them. She is a strong actress and I enjoyed seeing her on screen. Because she is such a big name, I actually did believe that she was gone. They wrote her storyline well.

Patrick Wilson as King Orm gave a surprisingly appropriate performance. I have always enjoyed him in his previous work but he has been an under-the-radar actor. I am happy to see him grab a little bit of the spotlight in this film. His character was played perfectly in that he was attempting to be this strong person but ultimately was a punk deep down inside. This was apparent in his God complex attitude. He was almost the villain you felt sorry for if he would only stop being evil for 2 minutes. 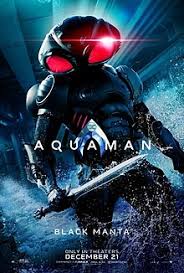 Yahya Abdul-Mateen II as Manta gave a commendable performance. There were a couple of times when I felt his acting was over the top but for the most part enjoyed having him on screen. I wish there was more of him but they set it up well for the sequel. Now that he partnered up with the crazy scientist guy, he will hopefully make a formidable villain.