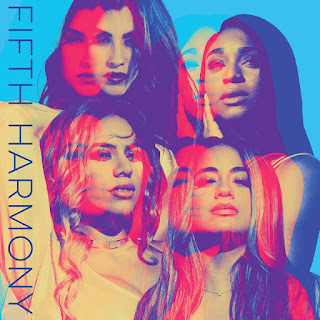 Fifth Harmony's new self titled album has been out since August with hit singles Down and He Like That. I have been bopping my head to the album for the last couple of weeks. The clean version is my go to when I am riding in the car with the kids, which annoys them to no end because they would rather listen to their crap music, but guess who's smiling the entire time.

The album has ten tracks and I think that is not enough. I would have liked a couple more songs to round it out. They have the right amount of up tempo versus slow but it could have done with a good ballad to show off their vocals a little more. All in all, I am enjoying the album. It has some fun, sexy songs and some uplifting ones as well. Rate: 9/10,

I am really feeling He Like That right about now and the video is pretty hot and sexy. These young women have come a long way since X-Factor. 🔥🔥🔥🔥