Jidenna is The Chief

March 02, 2017
Jidenna's The Chief dropped in February and what a lovely gift it is. The album has a little bit of everything: rhythm and blues, hip hop, rock, strong impactful rap lyrics, something for the ladies, and a little bit of pop action to bop your head too. Mostly, it's about the lyrics. Like J. Cole's 4 Your Eyez Only, you have to look pass the fan fare to the message of empowerment, perseverance and triumph despite the obstacles. 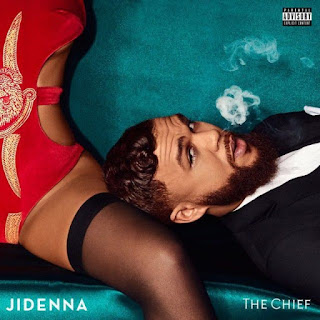 In addition to the powerful message, The Chief tells a story. I have the album on repeat. Out of 14 tracks, I do not skip a single one. Do I have my favorites? Of  course. I am partial to the R&B flavored tracks but the entire album is worth ten of some of the garbage currently playing on the radio. The take away from this album is to have self confidence. Know that you have the ability, skills and strength to not only get through the toughest times but to rise above those circumstances.

Now I got the clean version because I like playing it with the kids in the car. Some feel the explicit version adds a little more flavor. I was fine with the bleep outs. Overall, I love the album. Play it when you need a little confidence booster. Go out and get it. Solid A.

Mama put a little money in the mattress Taught me how to make a silver spoon out of plastic.-Jidenna, Long live the Chief

I don’t want my best dressed day in a casket. -Jidenna, Long live the Chief

Really I ain't met nobody smarter That's why I got admitted but I still rejected Harvard. -Jidenna, Long live the Chief