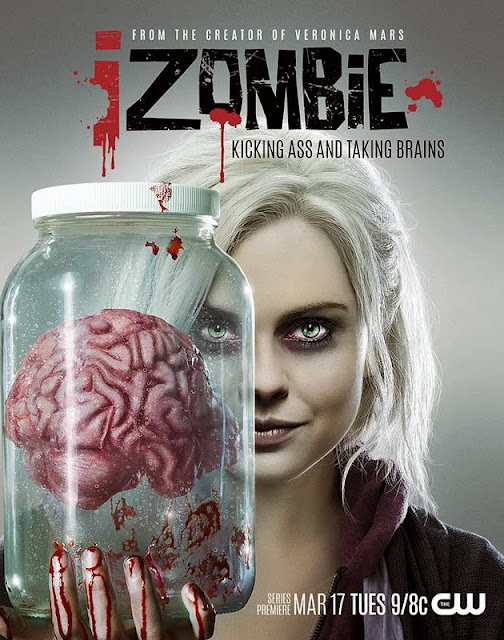 When I first saw the commercial for this television show I thought, it looks like the stupidest show ever. It came on after Flash. The kids and I are all about super heroes, so we usually watch Flash together. My daughter insisted on watching this when it came on. It was weird, but she liked it. I still thought it was corny.

The following week. I did not let her watch it when it came on after Flash (that's right. I took a stand). It is weird with the eating brains stuff and all that plus ... well there is no plus. That alone makes it sufficiently weird. At any rate, I let her watch it via On Demand (don't judge me). I find that I have to watch it with her though to monitor for the extremely inappropriate stuff that a nine year old (I will admit that's probably the whole darn show) should not watch. As I "monitored" her, I found my self liking the darn show.

It is actually kind of cute with the right mix intrigue, mystery, murder solving, pinch of romance and bigger-plot theme. I also like the diversity in the cast. Turns out, I might not be the only one besides my daughter that likes this show. The ratings are holding steady for a possible renewal next season . Catch it on the CW.
Television