April 23, 2009
Interesting tidbits. The are from a few days ago.
Video game industry sales finally take a hit
by Daniel Terdiman March revenues for the video game industry dropped 17 percent from a year ago, the NPD Group reported Thursday, the first time in the current recession that the business has seen sales fall. For the month, the analyst firm reported ...
I guess, instead of making billions upon billions upon billions, they are just making billions upon billions. I am real broken up over this. But for the sake of the national economy, get out there and buy some video games darn it.
Football broadcaster John Madden retires
Reed Saxon / AP Football's top voice for 30 years cites family. He put his stamp on popular culture with bestselling video game. By Greg Braxton and Diane Pucin For more than a generation the avuncular John Madden was the principal voice of America's ...
Seriously, dude did not have to work so hard. He could have taken it easy. How can anyone blame him for wanting to take a rest on all those millions that he has racked up and will continue to rack up for his, as Busta would say, childrens' childrens' children. 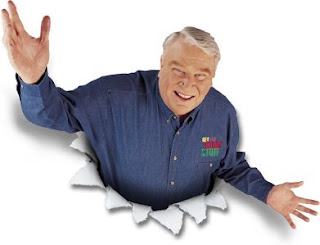 Popular Madden NFL game will continue
John Madden's retirement from television will not affect the future of the Electronic Arts Inc. game, company officials say. The game has sold 70 million copies since its 1989 debut. By Alex Pham John Madden's retirement from television won't mean an ...
Phew. I was holding my breath for this one. Not that I play the Madden games, but my mind just started swirling. Who was going to take over the business? Was his retirement a doom for the Madden gaming empire? For some reason that gave me pause, as if any of that gold mine is lacing my pockets.
Coach fiscal 3Q profit falls
Coach Inc. on Tuesday said profit fell 29 percent in the fiscal third quarter, as sales were nearly flat as the economy sputtered and the company implemented a cost-saving plan. 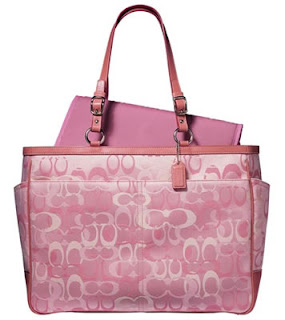 Now this piece of news broke my heart. Not Coach! I am a lover of designer bags people. Yup, my secret is out. I am a simple, tom-boyish girl who loves the pricey, name brand handbags. It is a shame that I only have 5 "genuine" designer handbags. I am planning a nice gift to myself when I am done with nursing school. I have starting searching the websites already lol.
Business and Technology Designer Handbags