The Dream's Love vs. Money 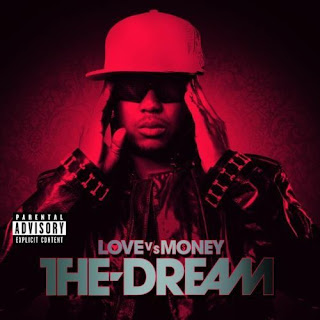 I was a surprised fan of The Dream's first album. I loved it, so I did not think twice when his follow-up came out. I should have though. Can someone please tell me why an R&B artist needs to have an “Explicit Lyric Advisory” on his album? Why? There are artist that have weathered through the times to stand out as the best male R&B artist out there and they never once had to throw in any profanity. Cursing up a storm on an albulm is not going to distinguish the artist anymore than not.

With that said, I did not immediately take to this album. I had it for a couple of weeks before I even listened to the whole thing. Now, my husband was bumping it and convinced me to give Dream another try. I did and … well there are 10 strong reasons to get this album. Out of 13, that is a really good showing.

Personally, if there is a clean version out there, I recommend getting that one. Other than that the album as a whole is a B. It is not better than his first album. Musically, Love vs. Money has less creativity than the Love/Hate. Lyrically though, Dream maintains his ability to tell a juicy story. I’m thinking some chick must have got under his skin.

Track 2, Rock that Sh**
I liked it better as "Rock that Thing." The track is fire regardless. It’s such a shame that the video is absolutely horrible. This first true track does set the tone for the rest of the album though. The beats and style and flow are very similar through out and unfortunately so is the cursing. I repeat an R&B artist will be much better served to keep the swearing to a minimum if he or she wants true longevity in this game.

The whole thing for this album is the base. The beats are just consistently hot. His track with Mariah Carey is another bowl of hotness. I am just trying to get over how they tried to ghettoize MC in the video. Nick Canon did his thing directing though. Me thinks Dream has a little hair fetish. “Sweat it Out” got him talking about how his loving is going to have your hair all sweated out. Hmmm …

Club banger! “Take U Home 2 My mama” is a classic club banger. Get your butt up and dance or you can do some serious squatting. Dream's signature is all through this cut. Love vs. Money and Love vs. Money 2, these songs remind me of Hitch before he was played and dump. Oh. Both tracks are hot; they might as well be remixes of each other though.

I can loop "Right Side of My Brain." There is vulnerability in the lyrics coupled with the hard hitting beats takes you back to a memory.

The album is a good listen. B
Music reviews The Dream