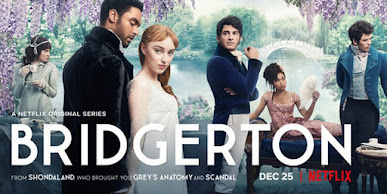 Shondaland Media brings Bridgerton to Netflix and it is worth the watch. I finished the book, The Duke and I, that season one based on for the second time. The first time was many many years ago and I did not remember most of it. I cannot wait to start reading all the books in the series. Season two has been renewed and will follow Anthony’s story to wedded bliss. Bridgerton is a bonafide Netflix hit and there are many reasons why.

The pageantry is a display to behold. The costumes, set design, beautiful and diverse cast are all eye candy for the audience to behold. The array of bright colors provided a welcomed contrast against the sometimes heavy topics that the characters had to deal with so much so that the audience was taken in and out of light-hearted banter to steamy sex to major women issues seamlessly. The acting was above reproach, music selection modernly appropriate, and pacing well put together. 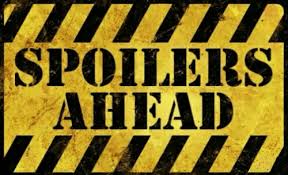 Simon Basset aka Duke of Hastings played by Rege-Jean Page finds himself back in London after the death of his father. He meets Daphne, played by Phoebe Dynevor, and through the course of the season, falls in love with her; however, the stain of his father’s cruelty works its way to mar his new marriage. This causes a lot of drama for him, his new wife, and the audience. The chemistry between the Duke and Daphne was just right. I cannot say that it was off the charts but those sex scenes certainly helped pump it up a notch.

Anthony Bridgerton played by Jonathan Bailey played the overprotective, annoying, and unreasonable brother that eventually came around to some semblance of being decent. He had his own issues with not wanting to let go of his mistress as his mother felt it was time for him to find a proper wife. The Bridgerton brothers were all going through some form of heartbreak and discovery. Anthony trying to figure out his role as head of the household while coming to terms with his responsibility to find a wife. Benedict working on being comfortable with being outside of proper society. He seems to be the most free-spirited of the Bridgerton clan. Colin with the biggest heartbreak of all after finding out that the person he thought her loved, Marina, was duping him to cover her illegitimate pregnancy.

Can we talk about Marina Thompson played wonderfully by Ruby Barker to the point that I genuinely could not stand her? I almost empathized with her. They almost redeemed her. I completely understand and can appreciate her struggle. She clearly was not a nitwit and knew her self-worth which made her situation that much more intolerable to her. Meanwhile, she perceives that all these people with money automatically have it better than her. Marina was condescending, arrogant, and insensitive in her own right. In the end, she resigned herself to her fate which, from this viewer’s perspective, turned out to be the best that she could hope for. By the way, she was not in the book.

The Featheringtons were mentioned in the book but it was almost in passing. Their treatment for the series was a welcomed addition. I actually enjoyed the entire family even the maid was entertaining. Polly Walker played the mother exceedingly well and had quite the array of emotions to contend with. Mind you, I did not like her character but appreciated her efforts to deal with the reality of her situation even though poorly done. Of course, Penelope Featherington stole the show by being ridiculously adorable and cunning all at the same time. The writers flaunted the fact that she was actually Lady Whistledown in our faces each time they called her Pen. In the book, Whistledown is not revealed. 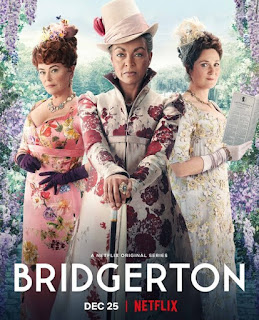 Lady Danbury, although a small role in the book, was still a force to be reckoned with. They basically merged her with Simon's nurse and turned her into his family. She had moxy in the book and she had it in the series. She was a delight.

All in all, I enjoyed the series. Be on the lookout for my Youtube post about the rest of the characters and what was not in the book.